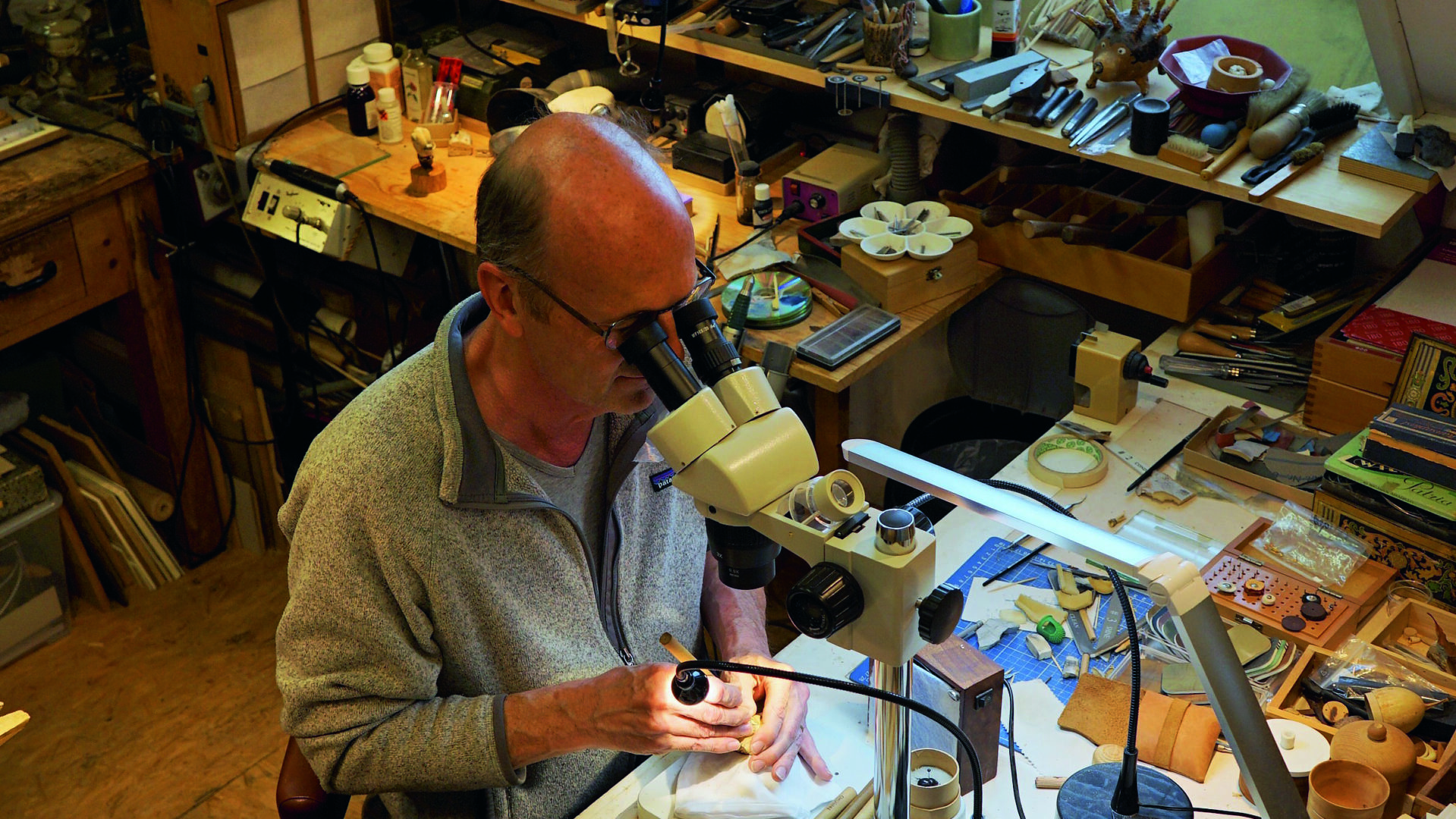 In the centre of a Shinto shrine there’s often found a grand and aged tree. People believed that these trees were deities and the land they inhabited was a sacred place. There’s often a face-like structure to be found in such trees.

I found such a face in a piece of black coral so I followed from there.

Like at Shinto shrines I marked this moidon tree with shimenawa (the straw rope) and shide (the paper streamers).

The other side depicts the forest ghosts ‘kodama’. Kodama were said to be kami, nature deities that were not linked to a single tree but could move nimbly through the forest, traveling freely from tree to tree. Sometimes they can shape shift into human forms, hence the suggestion of a woman’s torso in the material.

The material is quite peculiar, it’s the fossilized tooth nerve of a mammoth tusk. Quite unusual to survive time.

Than there’s a depiction of the voodoo like curse of ‘Ushi no toki mairi’.

The ‘ox-hour shrine-visit’ refers to a method of laying a curse upon a target, so-called because it is conducted during the hours of the ox (between 1 and 3 AM). The practitioner hammers nails into the sacred tree of a Shinto shrine. The ritual must be repeated seven days running, after which the curse is believed to succeed, causing death to the target, but being witnessed in the act is thought to nullify the spell. I depicted four little nails and one hole for the next. So it could be the curse was interrupted and there’s no harm done.

back to ‘New Netsuke’

Skip back to main navigation